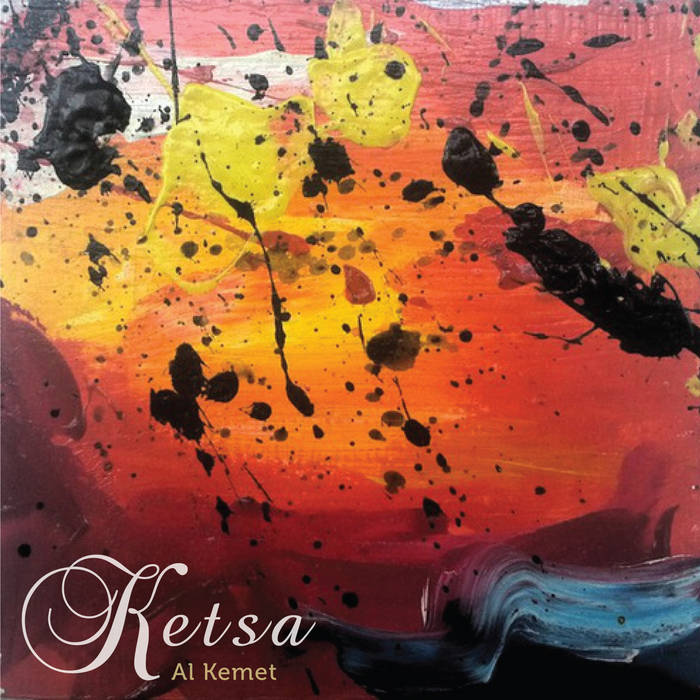 Al Kemet - the Western interpretation of Egyptian magic, from which is drawn the word Alchemy, a mixture and blend of the familiar and the exotic, the known and the unknown, the comforting and the unsettling, disparate elements fused together to create something new and unique, far greater than the sum of its parts. Al Kemet is the debut release from London musician Dominic Giam under his Ketsa moniker on the international net label, Invisible Agent.

Down-tempo yet exuberant, meditative yet energising, hypnotic yet startling, Al Kemet is the soundtrack of an imagined cosmopolitan existence where dividing lines are replaced by charcoal smudges and barriers dissolve like chalk drawings on a path washed away by a summer's rain. From the album's opening track Solution where glitchy London beats travel comfortably along with sweeping echoes of Eastern soundscapes, through to the jazzy breaks of Distillation with its playful piano work that turns inward and contemplative when accompanying the wrenching repeated mantra of Purification, from the squelchy bass and tabla slaps that knit together the altogether darker Calcination through to the clipped shuffle-echoes of dubstep that permeate much of the album, breaking free at last in a hidden track that bounces along at the end as a cheeky celebration of all that has come before, Al Kemet is a heady thaumaturgical blend that is indeed greater than the sum of its parts.

Ketsa's fusion of live instrumentation laid down over worked electronica has in the past echoed the dreamscapes of Boards of Canada and the glitch-hop of Prefuse 73, but here he creates something that he can definitively call his own, something that delivers new complexities with each listening and tells a different story every time. Accompanied by a series of 15 painted panels from the Cambodian artist Chhan Dina, one for each track, that capture the album's sonic fusion of traditions in a synesthetic explosion of colour, Al Kemet is out now on Invisible Agent.

London-based Dominic Giam is a veteran musician, DJ and producer, performing since 1997 under both his now retired 'Shaolin' alias and his current 'Ketsa' incarnation. Previous albums have been released by Soapsud City, End Daze Recordings and BFW, while his tracks have featured on numerous compilations including releases from Stutgartt's Mutan Records and Primate Endangered Species. This is his first release with Invisible Agent.

What the experts are saying about Ketsa

There is a distinct purity to this exotic multi-dimensional sound, which is presented with effortless clarity. He does not hide behind anything; the ideas and sounds are raw, but expertly mixed and delivered with style. – Netlabelism

There’s a confidence and crispness to the meshing of genres at play here that marks out the Londoner as a name to look out for.The artwork by Cambodian artist Dina Chhan is equally impressive. – We Are Noise

A resilient record label with a broad range of musical styling. Since 2000 Invisible Agent has successfully released Vinyl, CD and Netaudio from a talented roster of artists.

Bandcamp Daily  your guide to the world of Bandcamp